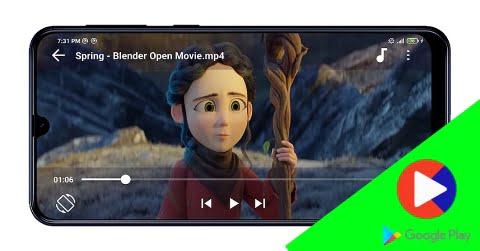 Did you like to watch Movies or Videos and also listening music in Your phone, if yes then probably you are using a default media player app for that.

But when it’s comes to features a default media player app is not always good as aspected.

So here is Ok Player best and easy to use Music and Video player app that works in most of Android smartphones and highly customisable. You can install it from Google Play Store in your android phone and it is just less than 5 MB of size.

So now install Ok Player in Your phone and Enjoy.

This site uses Akismet to reduce spam. Learn how your comment data is processed.